When the cataclysm stuck and the eternal eclipse rose, the world was changed forever. Those born after the Cataclysm didn't know a better world, and firmly belived theirs was the favorable existance, those with a long life-span that had seen what the old world was like knew how imbalanced and dangerous this new world had become, they formed Eclipse. Eclipse fought to keep peace in their lands while trying to maintain the rules and culture from before the Cataclysm.

Originally, Epsilon was a guild founded for to fight against greater evils, specifically Eclipse and their attempt to summon Agôn Mhïyr. Epsilon was lead by Grein Dragonbeard, Haege, Marya, Nathaniel and Kerry.

In the year 1347, Epsilon leads the charge against Agôn Mhïyr and is ultimately defeated. While many of the original members survived, the group was still disbanded. After the fall of Mystra many rebels arrose to combat against the Drow and Thay, and later against Neo Faerun and Everbloom.

In Alturiak, 1437 DR, the rebels calling themselves Epsilon founded an official faction.

Epsilon don't have any major ambitions, they would like to see the world revert to the ways of old, but they know of no way to actually accomplish their main prerogative. Instead they strive to keep the peace and provide Faerun a sanctuary where everyone is welcome.

Epsilon has a Council of Five that rules.

Epsilon gives everyone a chance at redemption, no matter their race or history. Due to their unofficial capital "That-Place-we-liked" being the center of trading and mercenary contracts, almost all races and factions see Epsilon as neutral grounds.

Not exacly the best of friends, Neo Faerun and Epsilon have split interests and it has caused some warring between the two factions, but recently it has become more and more peaceful. The factions have open trade and often refugees travel between borders to come live in the notorious capital "that-place-we-liked".

The proverbial thorn in Epsilon's side, the most aggressive and threatening faction for Epsilon due to their proximity and aggressiveness.

Both factions being purveyors of the world pre-eclipse, these factions have a friendly yet tenuous relationship that is quite lucrative for the Everbloom cities close to Epsilon borders and their unofficial capital That-Place-We-liked. Many Everbloom refugees find shelter in Epsilon cities during times of war, this has also led the the annexation of several smaller villages close to the Epsilon borders as most of the population became saturated with Everbloom refugees.

Thay and Epsilon have always been enemies, but due to their distant borders they have never had any direct confrontations other than the occational sea battle. 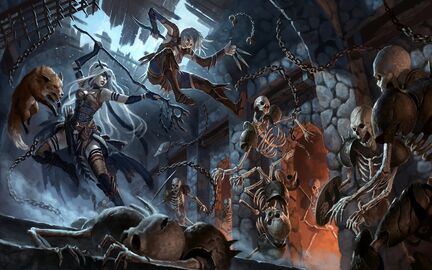 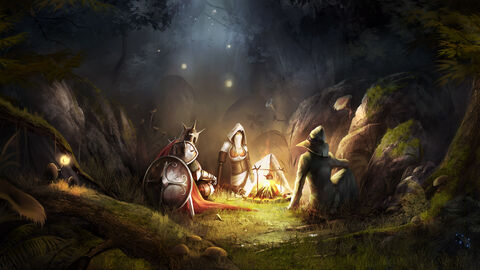 Epsilon group taking a short break
Add a photo to this gallery
Retrieved from "https://nitharos.fandom.com/wiki/Epsilon?oldid=5074"
Community content is available under CC-BY-SA unless otherwise noted.