After the Cataclysm and the death of Mystra, a spell plague struck the land of Faerun, rendering all magic void and all the magic users crippled. This was the downfall of many, but some saw a new answer in technology. Those whom previously turned to magic for comfort and protection now turn towards technology, this lead towards the birth of Neo Faerun and the rapid expanse of their territory and power. Now with the return of Magic Neo Faerun is stronger than ever and with the combined forces of technology and magic there seems to be no way of stopping them.

After the Cataclysm, many young engineers and mechanics started to develop replacements for everyday magic that was expected of societies in the cities. These engineers would eventually work together and form guilds and companies, to further increase the technological advancement. At first, the world embraced their positive look on a world without magic, but after some years many people began to feel that maybe they were going too far. When Kareska ascended to Goddess of Magic, and magic returned to its users, many people thought that Faerûn would return to its old habits. But it was too late, the cities had already had a taste of what technology could do, and sought to improve their constructions by mixing them with magic. This created great technological advancements, but also gave birth to the first rebels against the machines, a group that would eventually become the faction Everbloom.

Neo Faerun Order values progress and change, they believe that this new age has dawned for them and their kind.

Neo Faerun seeks to become unstoppable through technology and magic.

Neo Faerun has a ruling council, the head chancellor is:

The ruling council consists of:

Neo Faerun is home to a myriad of races and they come from all across Faerun, this makes for tension and Racism among the populace.

Neo Faerun Order's exact opposite and natural enemy, the Factions harbor little tolerance for the others way of life and creed. Even people not directly affiliated with Everbloom yet have their origins in one of their capital cities are harshly judged and despised by any self-respecting Neo Faerun member. The Everbloom border is largly contested by way of sea and air, through with Everbloom's persistence and beasts they have keept the Neo Faerun Order at bay.

The vicious and deadly drow elves pose a severe threat to Neo Faerun's eastern borders, yet several rebel drow groups have been accepted into Neo Faerun as mercenaries and assassins prompting the general populace to be wary of the dark skinned elves and their presence.

There are quite a few reasons for Epsilon and Neo Faerun to be perfect enemies, the biggest one of those being Epsilons belief in going back to the old ways and bringing back balance and peace to the world. Even with these big contrasts the two factions remain relatively friendly, this is mainly due to the lucrative trading and the popularity of epsilons unofficial capitol; That-place-we-liked.

Being on the opposite side of the continent, Thay don't pose much of a threat to Neo Faerun yet, but they have the foresight of not ignoring them completely, the only have one border in common with Thay and it's one often contested. 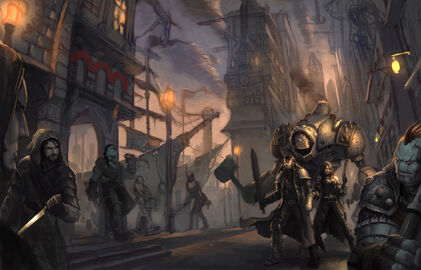 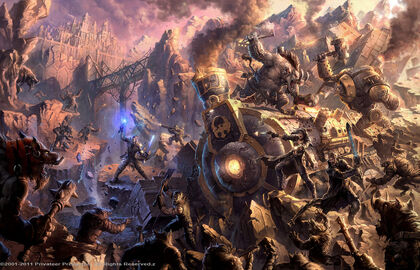 Neo Faerun Order battle
Add a photo to this gallery
Retrieved from "https://nitharos.fandom.com/wiki/Neo_Faerun_Order?oldid=6038"
Community content is available under CC-BY-SA unless otherwise noted.